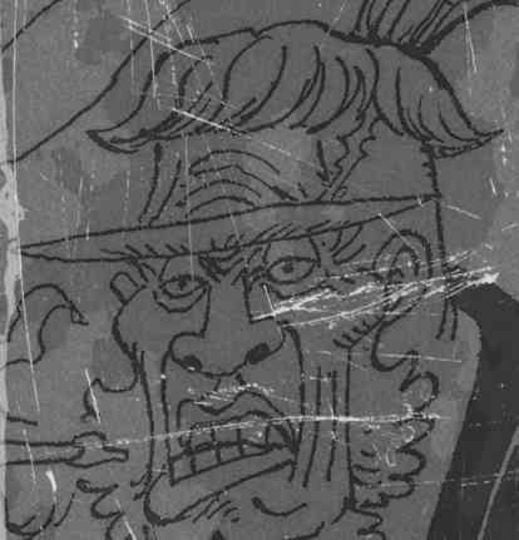 – Zoro attacks King directly, but there is an explosion.- Sanji Vs. Queen.

– Queen: “That guy is a survivor of the” Lunaria tribe “, which was annihilated.A monster that can survive in any environment of the world. In ancient times they were called” Gods “!!

– Sanji:” Why did They exterminate them? “

– Zoro Vs. King again. Zoro managed to survive the explosion because he defended himself with Ambition with” weaponry “traits.

– Zoro attacks King with his” Shishishi Sonson “but does nothing to him. King fights back.

– Zoro’s swords begin to fall off the island,- Zoro remembers Hitetsu’s words about Kuina and Enma’s sword being created by Shimotsuki Kozaburo.

– Zoro: Then why did a Wanokuni sword end up in East Blue? “

– This part is very long, but the Korean filter sums it up.

– Kozaburo said that each sword has its own personality.

– Weak swordsmen who are not capable They are afraid of controlling swords and that is why they say they are cursed.

– Zoro: “What I lack is strength !! Is it possible that Oden was able to use you easily even when you absorbed so much Ambition? Eh, Enma? “

– The Beast Pirates that were going towards Zoro fall unconscious.