Prohibited! 5 Things “Unlawful” To Do While Playing Winning Eleven 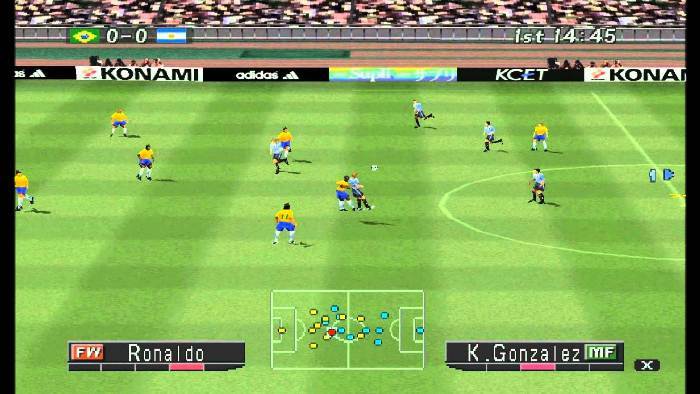 5 Things "Unlawful" To Do While Playing Winning Eleven

When playing Winning Eleven in the past, there were some “unlawful” things to do. May you still remember some of those unlawful things?

Winning Eleven is one of the most popular games in the past, especially in the PlayStation 1 era. Its popularity was genuinely overwhelming, at least until the PlayStation 2 era ended. Since then, Winning Eleven changed its name to Pro Evolution Soccer, and today we know it as eFootball PES.

This name change also seems to help fade various interesting things that exist in Winning Eleven. This article will discuss five things that are “unlawful” to do when playing Winning Eleven as a means of nostalgia. Curious about anything? Here’s the full review!

One-two or one-two bait is one of the strategies that are commonly used in the world of football. This bait requires two people to work together to provide the bait. But in Winning Eleven, one-two turns into something out of the ordinary!

Why? Because one-two has a 100% pass accuracy, it works and, if applied correctly, can be a means that is difficult to stop scoring goals. With all its prowess, one-two is then considered a cheat and is strictly forbidden to use.

Not infrequently, if one-two is suddenly applied, your sparring opponent will sulk later.

2. It is forbidden to use Roberto Carlos as a striker

This is an even crazier rule, but for those of you who have experienced playing Winning Eleven, you will undoubtedly know how troublesome the figure of Roberto Carlos, who plays as a full-back, is. He often shifts his position because he has above average accuracy and kicks power plus a speed with a fixed rating.

He is often installed as a striker by some people who want to win. Because in the end, many gamers were aware of the unfairness of Roberto Carlos in this game, the rules to prohibit him as a striker then emerged.

But when it comes to being a defender, many gamers are also desperate to make him the center of the team’s attack!

3. Must Play Clean! No Tackle

This rule must be admitted a bit strange, but apparently, the rule not to use sliding tackles is true. The reason is that some gamers are afraid that if a sliding tackle is applied, it will injure their players.

In addition, with frequent sliding tackles, violations will occur more often. This will waste time. For rental children, wasting time is strictly prohibited because their playing time will be disrupted later.

In addition, some people think that without a sliding tackle, the game will be cleaner and more enjoyable.

4. Player Conditions Don’t include All Red

This is a step taken to make the game fairer, according to the majority of gamers. Have you ever felt the same yourself?

Real Madrid in the early 2000s was arguably one of the teams with extraordinary quality players. From the core players to the reserves, all have a balanced strength. Well, because it was considered too star-studded, Real Madrid had become a team that was banned from being used.

No matter how much you love Real Madrid, using it in the Winning Eleven era would sometimes still be banned. According to some, this was considered natural at the time.