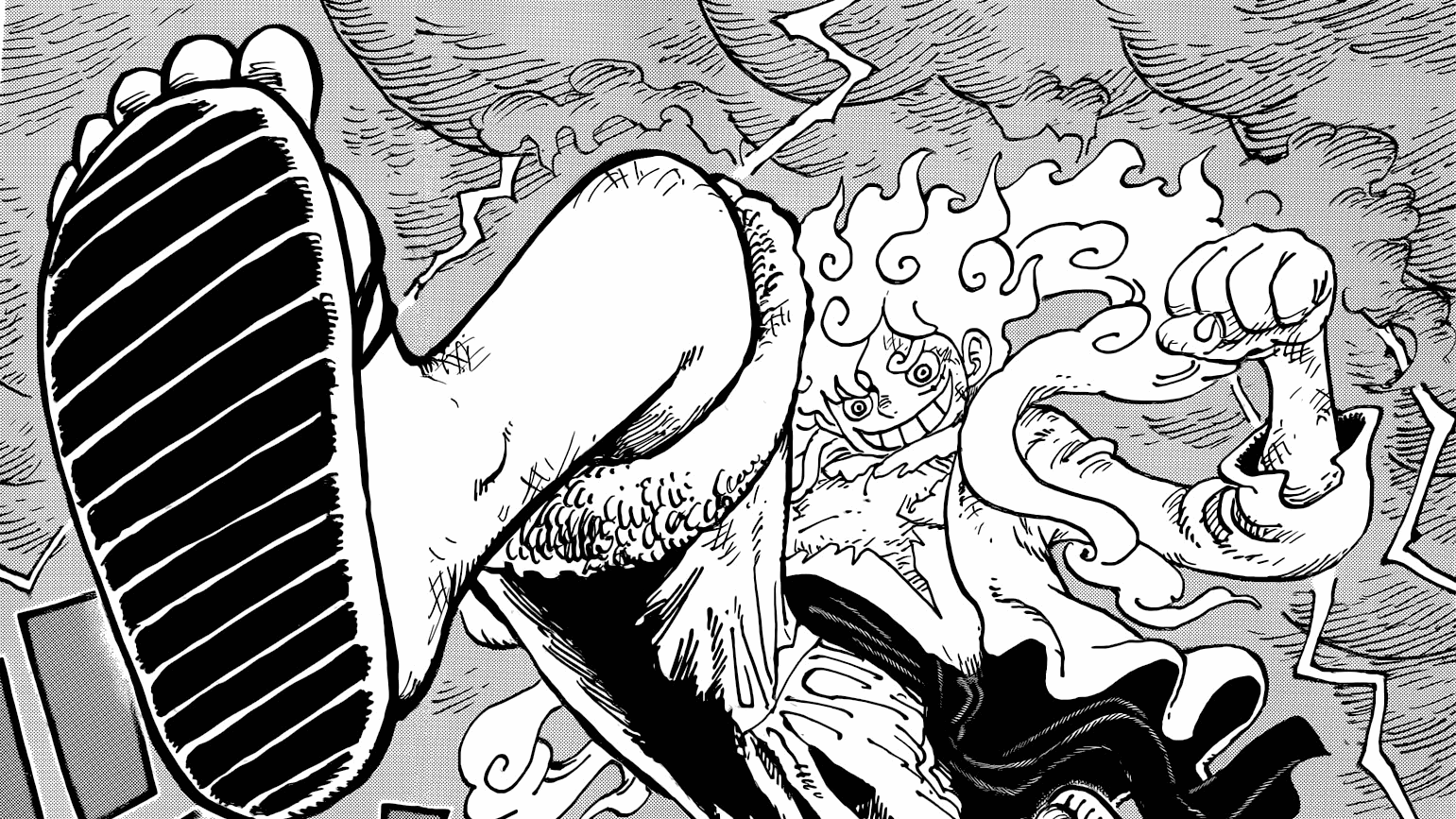 One Piece 1045 – With his new strength, Luffy is back against Kaido. How is Luffy’s new power, which turns out to be a zoan fruit? This is the discussion of One Piece 1045!

After a surprising plot twist for fans in the previous chapter, now One Piece 1045 shows all the true power of a fruit that was previously thought to be a paramecia type and is named Gomu Gomu no Mi. Yes, the power of the Hito Hito no Mi fruit is shown in the fight against Kaido. How is Luffy’s new power? Here’s the discussion of One Piece 1045!

In this chapter, Luffy uses his powers to inflate Kaido’s stomach into a balloon. He can also pierce Kaido’s eyes from inside his body or even hit Kaido’s head until it penetrates like hitting rubber.

The striking thing about Luffy’s power is that it gives a cartoon effect to everything around him. This cartoon effect is like Looney Tunes, where Luffy can run into the air, take his hands out of Kaido’s eyes, and make other characters issue cartoon effects like when his head pierces the ceiling of Onigashima, and many more.

This power is still in line with the Gorosei description: the Hito Hito no Mi’s power is only limited to the user’s imagination. Considering Luffy has a ridiculous character, all the cartoon effects issued in One Piece chapter 1045 can also be said to make sense.

Luffy Has the Power to Heal Himself

Luffy’s other strength is the power to heal himself. This can be seen when he is exhausted but then excited again. This power is activated by making Luffy’s heartbeat again and emit a loud sound like the beat of a drum. The power of this Nika model Hito Hito no Mi fruit is really “unreasonable,” like Goresei’s comment, huh?

Since Luffy’s Gear 5 powers appear in the manga in black and white, we wonder what Luffy’s body color is like. In One Piece 1045, it was confirmed by Kaido that not only Luffy’s hair turned white, but Luffy’s entire body turned white. It will be interesting for us later on how Gear 5 or the Hito-Hito no Mi fruit Awakening will be made into an anime later.