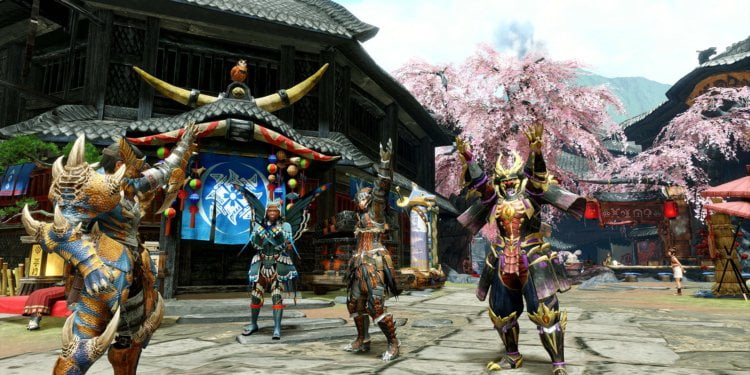 Because you feel you can’t?
We all know that Monster Hunter Rise is not a game that will be released exclusively for the Nintendo Switch console. The latest Monster Hunter game series will also be available on other platforms such as PC in early 2022. This has been announced by Capcom for a long time and has just been mentioned again along with the news of the emergence of the Sunbreak expansion.

From there, too, to enliven the lively TGS 2021 event yesterday, Capcom is known to have distributed a kind of survey or questionnaire regarding features that are deemed necessary in the PC version of Monster Hunter Rise? In the survey, there happened to be an option for players to choose the cross-save and cross-play feature between PC – Switch platforms.

Seeing these two options become quite popular options to be coveted, Capcom brings a piece of unpleasant news.

Recently conveyed through their official Twitter account, Capcom reported that requests for cross-play and cross-save features for Monster Hunter Rise couldn’t be fulfilled at all at this time. The reason is, when they looked further into the process of developing the Monster Hunter Rise game, they couldn’t find any suitability to implement at least one of these two exciting features.

Although the reason sounds very “technical,” the confirmation of this news is indeed quite disappointing for some players. Given that even in the Monster Hunter World series, Capcom is still reluctant to implement cross-play and cross-save features, even though the game was released on several equivalent platforms such as PC, PS4, and Xbox One.

The absence of the cross-play/cross-save feature will undoubtedly make all Monster Hunter Rise players on the PC and Switch platforms continue to play separately. Even if you want to play on a different platform, players must also be willing to repeat their progress from the beginning. But on the one hand, this seems to be an essential input that Capcom can keep in mind.

Especially considering the great desire of players for the cross-play/cross-save feature in the Monster Hunter game, it is still possible that they will start trying to implement the two “important” elements in the next Monster Hunter series of games.