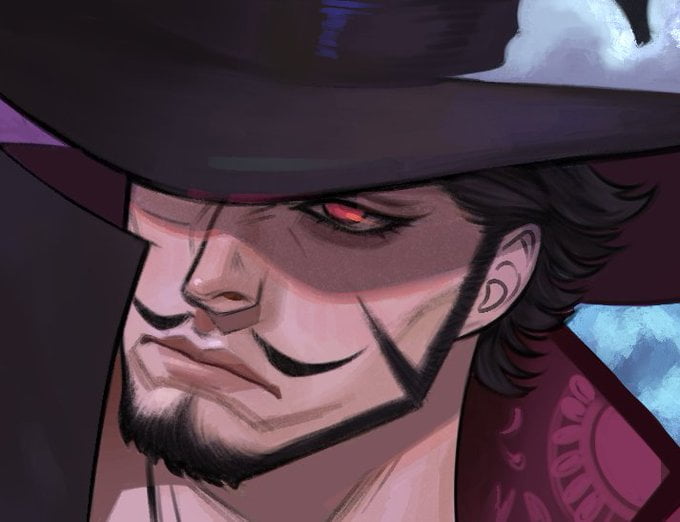 Yoru Dracule Mihawk Sword: Yoru is considered one of the sharpest swords in the world, even called this sword the sharpest!

Well, as a weapon that is quite legendary, there are some facts about the Yoru sword that fans should know! What are the facts about Yoru’s sword, which is predicted to be facing Zoro’s swords at the end of the One Piece series? Here’s the full review!

1. Have Differences in Manga and Anime

As noted in the appearance section, the cabochon on Yoru’s hilt is red in the manga, while it is blue, green, and purple in the anime. Also, in anime and video games, Yoru’s sword is quite wide, while it is depicted as relatively slimmer in the manga.

Additionally, the difference seen in the anime is that the blade emits purple streaks when swung during its first use against Zoro, which later, during the Marineford Arc, turns green.

2. Have a fierce and soft side

Strong swords can be useful if used by strong warriors too! Yes, that’s what makes Yoru have a fierce and gentle side. The reason is, with his strength, Yoru can split icebergs that are very, very large to giant Galleon ships.

Even so, Yoru also has a soft side where this sword can deflect bullets that come at Mihawk without destroying it. Despite its large size, Yoru is handy to be placed in all situations and conditions.

3. Has a Bigger Size than Mihawk

In terms of size, Yoru has a much larger extent than Mihawk’s body as a user. Yoru has a total height of seven feet, while Mihawk only has about 6.6 feet or 198cm.

With this super large size, of course, it is very complicated to carry Yoru everywhere so that if he meets an opponent who he thinks is less formidable, he will only use a dinner knife as his weapon.

Read More >>> 8 Disadvantages of Being a Yonkou in One Piece that You May Not Know!