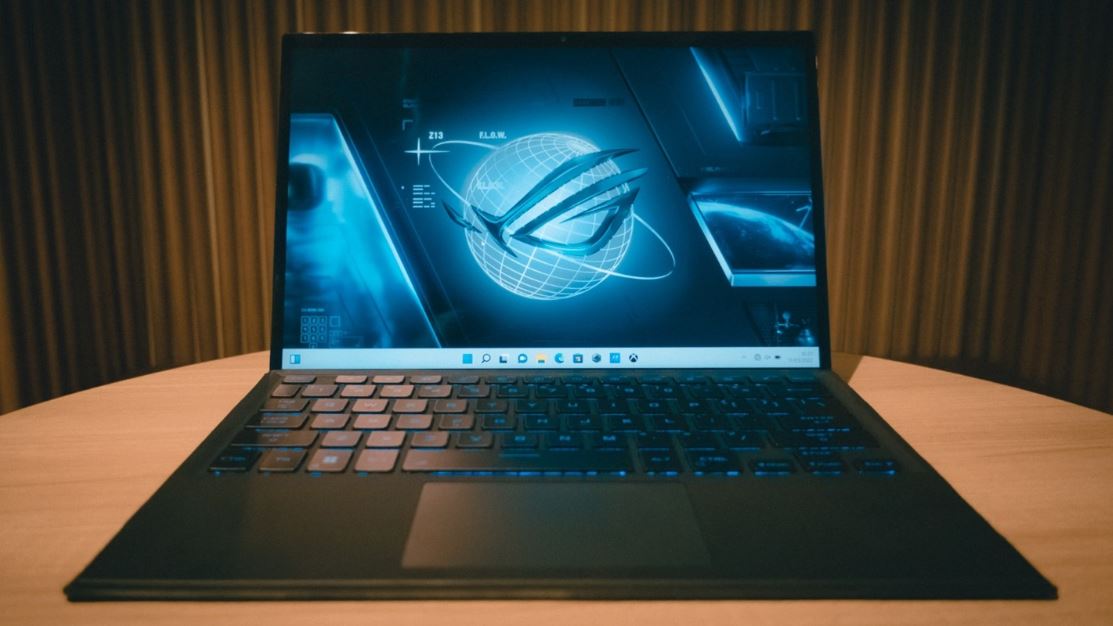 ASUS ROG Flow Z13 comes as a 2-in-1 laptop that can function as a gaming laptop and tablet. Check out the review here.

Technological developments gave rise to a variety of new laptop designs. In addition to the traditional clamshell design that still dominates, there is also a 2-in-1 laptop design that makes the laptop can be turned into a tablet. 2-in-1 laptops also have several form factors, one of which is a removable laptop. Unlike traditional laptops, detachable laptops have a design that allows parts of the keyboard to be removed so that users can use part of the screen as a computer tablet.

Although not as popular as traditional clamshell designs, even 2-in-1 convertibles (designs with a 360-degree screen), removable laptops are still popular because of their flexibility. When used as a tablet, detachable laptops have a slimmer design than convertible laptops because the keyboard parts can be separated from the part of the screen that also holds its main components.

Unfortunately, detachable laptops also have disadvantages. Because the screen and its main components are combined in one body, removable laptops do not have a large space to accommodate complex components. This is also what makes almost all laptops that can be removed only carry specifications classified as standard and designed only to support office and daily computing needs. In other words, most removable laptops have specifications equivalent to ultrabooks.

What if a detachable gaming laptop is compact, like a detachable laptop in general, but has a compelling gaming class performance? Maybe it is too much presented for some people considering the nature of the design that can be removed is limited even though it is very flexible. But for the ASUS ROG research and development team, this seems to be a challenge.

How can ASUS ROG make a removable laptop and a tablet with powerful gaming standard components and features? Let’s talk about it.

As a removable laptop, the main body of the ROG Flow Z13 (GZ301) consists of not only significant components such as motherboards, CPUs, GPUs, SSDs, and memory but also a screen. Meanwhile, this laptop keyboard is designed separately like an additional accessory. ROG Flow Z13 (GZ301) holds the title of the most powerful gaming tablet because it can be categorized as a tablet.

Coming with a 13-inch screen, rog flow Z13 (GZ301) also has a thickness of 12mm and a weight of 1.1kg. Although the thickness and weight can be a little thicker and heavier detachable laptops in general, this is a gaming laptop that carries a high-performance CPU and GPU that has never existed in a compact detachable laptop before.

Similar to the generally removable product line, as with the Microsoft Surface, ROG Flow Z13 (GZ301) also has a “kickstand” on the back of its main body. The kickstand serves so that the laptop’s main body stands standing and makes it easier for the user.

If you want to use it as a laptop, you can connect the ROG Flow Z13 (GZ301) keyboard to the bottom of the body. The installation process is straightforward because it uses a type system connected through the pogo pin, which is very durable.

As a gaming laptop part of the ROG family, ROG Flow Z13 (GZ301) comes in black with a typical gaming design. On the back of the main body, ROG Flow Z13 (GZ301) is equipped with a “window” to see some of the components in the main body. The window is also equipped with RGB LED lights that can be confirmed through the Armory Crate application to strengthen its distinctive gaming design.

ROG Flow Z13 (GZ301) carries a 12th Gen Intel Core High-Performance CPU up to Intel Core i9-12900H. The CPU that uses a new configuration with 12 cores and 20 threads consists of 8 efficiency cores (E-Core) and four performance cores (P-Core). The configuration supports each command to be executed more efficiently through more sophisticated sharing and is governed by the intel thread director. The new configuration can also run better in Windows 11, the operating system used in ROG Flow Z13 (GZ301).

Modern games that were previously unable to run smoothly if the graphics settings are not lowered have become very smooth using graphics settings and maximum resolution. Features such as NVIDIA DLSS 2.0 and RTX Real-Time Ray-Tracing can also be enjoyed very well when using ROG XG Mobile.

Due to its very compact and minimalist design, ROG Flow Z13 (GZ301) does not generally provide gaming laptop upgrade options. However, ASUS ROG still provides upgrade options on the storage side. ROG Flow Z13 (GZ301) has a “dedicated door” behind its kickstand, so you can easily access the attached SSD. In addition, you can also install MicroSD to increase storage capacity.

ROG Flow Z13 (GZ301) is equipped with 16GB of LPDDR5 memory. The memory capacity is also more than enough to meet various daily needs, to gaming needs. This is evident from the results of daily computing tests using PCMark 10. The score proves that ROG Flow Z13 (GZ301) is also very reliable for activities other than games, such as work and content production.

Because of the detachable form factor, the motherboard that carries the CPU, GPU, and other main components in ROG Flow Z13 (GZ301) is the same body as the screen. Thus, the position of the laptop motherboard will always “stand” like the screen. This puts the cooling system in the same position as the screen so that the fan can drain air further than traditional laptops, whose main cooling components must be directly opposite the laptop’s surface.

In the 3DMark Stress Test without using ROG XG Mobile, ROG Flow Z13 (GZ301) can withstand the GPU’s operating temperature at an average of 71.44⁰C. At the same time, the CPU operating temperature is at an average of 64.97⁰C or very low for a very compact 13-inch detachable boat laptop. ROG Flow Z13 (GZ301) is also equipped with a Self Cleaning 2.0 system that allows dust and particles to be blown out and not exposed inside the cooling system.

Its speedy performance for a removable laptop makes various modern games outstanding to play in ROG Flow Z13 (GZ301). Even in some scenarios, its performance can beat a laptop that carries a larger body. All thanks to a powerful cooling system and a total design rog flow Z13 (GZ301), which is very innovative.

The port carried in ROG Flow Z13 (GZ301) is also quite complete, especially when compared to ultrathin laptops or detachable laptops. ROG Flow Z13 (GZ301) is still equipped with USB Type-A so that you can connect additional keyboards or mice easily without a dongle. Meanwhile, this laptop’s USB Thunderbolt 4 USB Type-C port has supported the USB Power delivery feature and can be used as an output display to an external monitor.