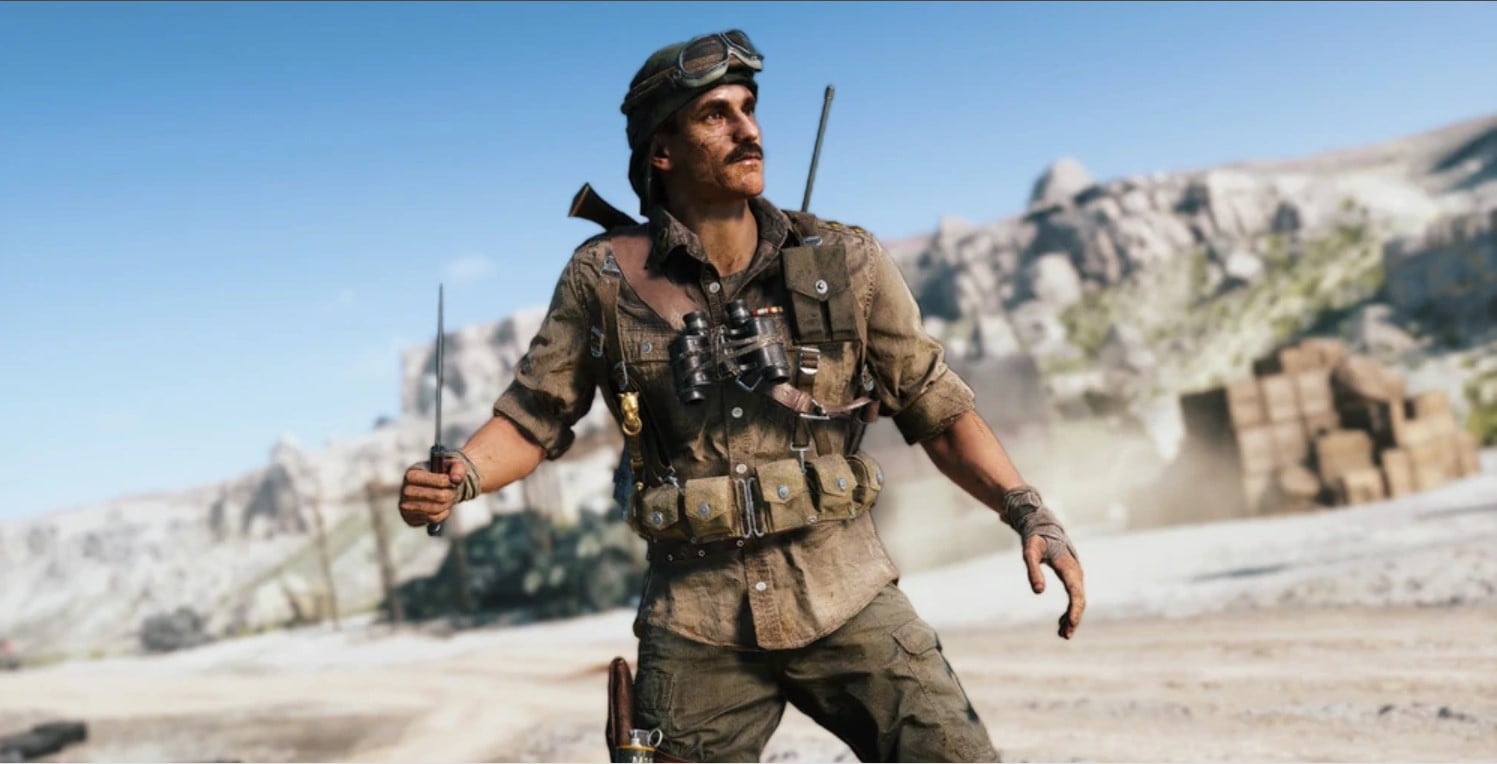 The World War II Online Game entitled Battlefield V is free for all PS+ subscribers. What are the best World War games?

World War II is a theme often made into a game, be it a PC game or a console game. So far, World War online games are popular to play because of the classic setting but are equipped with modern weapons and various cool tactics that are very fun to enjoy. Here are the best World War Online Games that are fun to play.

Do you want to experience exciting battles in World War II? Playing Battlefield V online can give you an exciting experience fighting up to 64 players tactically. In this game made by DICE and EA, you can fight on foot or drive combat vehicles in all fields, such as planes, ships, tanks, jeeps to canoes.

There are several roles that you can play in this World War II Online Game, for example, Light Infantry who has a strong physique as an assault troop, Medic who can treat injured colleagues, Support Engineer who is good at building barricades and repairing vehicles, and Sniper who is good at fighting. Infiltrate the enemy area and kill from a distance.

All esports gamers know that many esports tournaments have been held with COD games with the title Call of Duty. Well, Call of Duty World War II is a title from the COD series that can be played online.

As the name implies, Call of Duty World War II is set in World War II. The typical COD Mobile Online gameplay familiar among gamers is fun to play. Moreover, as the game developer, Activision includes Perks elements for players who can kill several enemies without having to kill the characters they play. These perks allow players to call in mortars, artillery, and even pilot fighter planes and bombers that can instantly slaughter opposing players on the map.

This World War II Online Game made by Tripwire is fun to play because of its unique gameplay that is different from other World War II-themed games. For example, when we play Tank, we will be treated to a view of the interior of a Tank with several people in it.

Players in Tanks have different roles. Some drivers are in charge of driving the Tanks, Machine Gunners who shoot at enemy infantry who want to attack Tanks, Main Gunners, and Loaders who are in charge of shooting through the Tank’s main cannon and are shown a unique tank reload animation.

The tank Commander is the most important role in the Tank in coordinating all tank crews with his orders.

Another uniqueness in this Rising Storm game is felt if we use Japanese soldiers. Only in this game can we attack with the legendary Banzai tactics. Banzai’s tactic is to attack without fear of death by running straight into enemy soldiers while wielding weapons such as a Samurai-style Katana sword or bayonet on the tip of his rifle.

The more players who together carry out the Banzai attack, the longer they can be killed by enemy fire because of that fighting spirit to death. While shouting “Tenno Heika Banzai!” (Long live the Japanese emperor), the wave attack that looks like a brawl can keep up with the enemy. Namely, the American army, which is more modern in weapons, only the tactics of fighting with the Flamethrower can anticipate it.

This World War II Online Game created by SEGA is of the Real-Time Strategy (RTS) genre. This exciting gameplay allows you to experience an officer leading his troops with tactics and strategy.

Unlike other RTS games, Company of Heroes 2 is very detailed from the start of the graphics, made like a First Person Shooter (FPS) game. Very detailed gameplay also exists in this game. Every soldier we send can interact with the environment to protect against enemy attacks and use new artillery cannons and machine guns.

If we manage to kill the enemy, we can pick up the weapons that fell from the opposing army and use them, which is rare in the RTS genre. If an army unit manages to kill an enemy, it will become a veteran. If played online, this game will be very exciting because it can combine the tactics carried out by each player and their troops.

Do you like dinosaurs? Do you also like World War II? This World War II Online Game by 800 North combines both aspects uniquely and hilariously. On Dino D-Day, Nazi Germany, with its superior technology, was able to resurrect extinct dinosaurs as military weapons. Allied troops did not want to lose by taming some of the herbivorous dinosaurs that were caught to fight the beasts of Nazi Germany.

For those who want to play FPS games but are lazy to shoot by shooting, you can use Dinosaur animals like the Raptor, which is very agile and moves quickly, jumping and crashing at enemy soldiers and eating them to fill the Health Pack (HP). There are also flying Dinosaurs like Pteranodon that fight like bombers.

This free World War II Online Game from STEAM can be an option for those who want to play but still don’t have the funds to buy the game. The gameplay is similar to the Battlefield series, but the difference is that here you can ride a bicycle even while riding with your comrades in arms.

You can approach the enemy base quickly and silently by cycling because there is no engine sound.

In the Heroes and General game, you can progress to rank up and change jobs like you were originally an ordinary army soldier. Along with the number of battles you win, you will get EXP collected to move up the ranks and choose the next job such as Sniper, Paratrooper, Pilot, Tank Crew, or even become Generals who can determine the next attack on which city or area and determine the course of the progress of a season in this World War II Online Game.