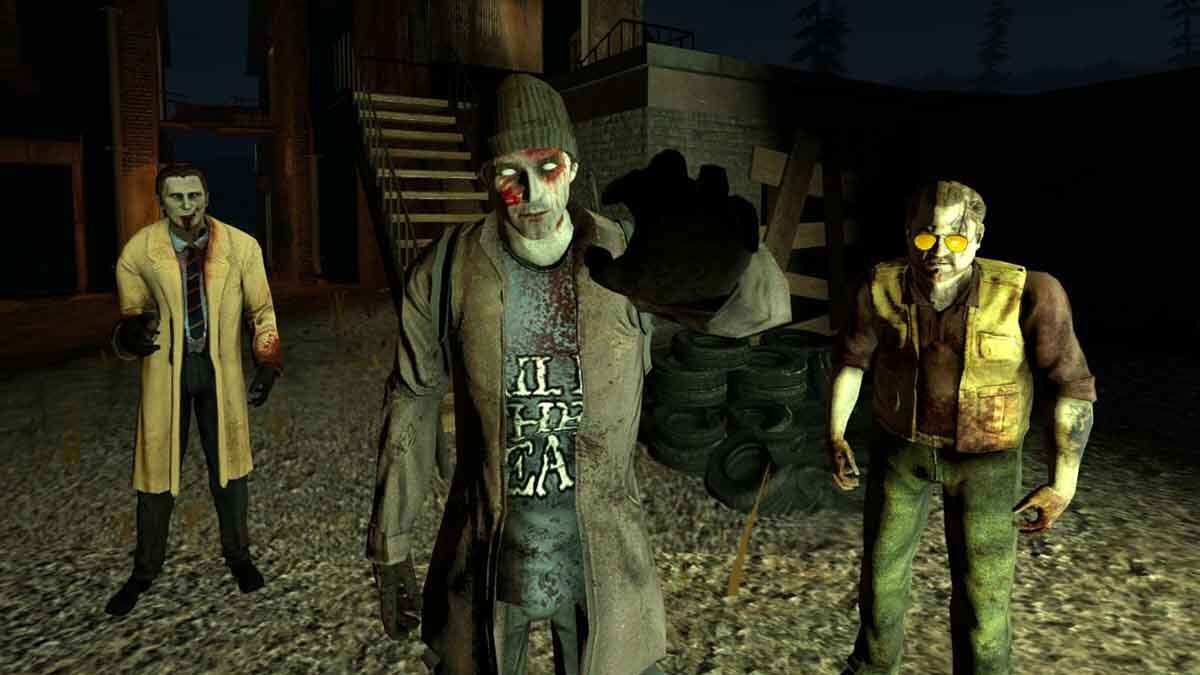 Best Free Post-Apocalyptic Games on Steam: Explore a devastated world and survive on your wits in these free-to-play post-apocalyptic games on Steam!

Post-apocalyptic themed games after the destruction of human civilization are a theme that is quite popular in the world gaming scene. Usually, these scenarios provide the right place for gamers to venture into a foreign world but still contain real-world elements, such as modern weapons. Food, and so on.

Well, it turns out that you don’t need to spend money to buy the Fallout or Dying Light series to play this kind of game, you know. From fighting zombies, mutants to other players, try to prove your survival skills through 12 free-to-play post-apocalyptic games that you can download on Steam below.

Note: the data on the number of players the author took from the Steam Charts list belonging to the Steam Database or SteamDB site, a site that (as the name implies) collects various kinds of data about Valve’s digital store.

A shooter MMORPG title that plunges you into a terrifying world full of dangerous monsters. From its appearance, you could say Stay Out is an online and free version of the S.T.A.L.K.E.R. series. Unfortunately, the pay-to-win element so that you can immediately get a good weapon is quite thick.

In the last 24 hours, there have been about 809 people playing this game.

Zombie-themed titles do not die. This multiplayer game designed for eight players provides over 30 weapons and Infection features; when bitten, you will turn into a zombie. Will you tell your friends or keep your mouth shut until you find a cure and threaten the safety of your team? 584 people are still playing this free-to-play online game.

3. Will to Live Online

Featuring a S.T.A.L.K.E.R.-like theme, you explore a world full of nuclear radiation, savage monsters, and mysterious “anomalies.” But Will To Live Online has more survival elements. In addition to dealing with mutants and looters, you’ll have to protect yourself from nuclear radiation, as well as hunger and thirst. Luckily you can swap and team up with other players. This survival title was played by 1,348 at the same time.

The world of Hideout is now filled with deadly robots who are hunting humanity for annihilation. However, the main character, May, has to leave the safety of the bunker to find a cure for her sick sister. Avoid the robots, explore the city, then find a cure and unravel the mystery behind the destruction of their world. This game can only be played alone.

Although the title is idle, this game is more accurately called a clicker. Venture into the post-destruction streets filled with dangerous monsters to collect resources and ancient artifacts to strengthen your character. This game is also a single-player title.

Another single-player game that you can try to fill your spare time. Your task here is very simple: shoot the zombies until the boss appears and they’re all gone. Armed with three different types of weapons, to what extent can you defeat this army of the undead?

A post-apocalyptic themed game that’s okay for you to try if you’re looking for a free-to-play single-player survival title. As you may have guessed here, you are thrown into a ruined world and must survive as long as possible. Search for materials, build bases and equipment for hunting, and explore a vast and dangerous world.

Read More >>> 10 Bad Realities Of Being A Member Of The Eternals, When You Die Your Mind Resets!

Read More >>> 5 Horror Movies with the Most Sequels Ever

If you like playing Fallout, you may have dreamed of creating your Vault. If your answer is “yes,” then you have to play this one title. The gameplay is not complicated, considering that Fallout Shelter is on Android too. You have to gather people and keep your bunker Vault equipment working so they can all live comfortably. But of course, you have to be careful of bandit attacks and monsters like Radscorpion or Mutant.

This survival F.P.S. game with a voxel look like Minecraft with gameplay similar to DayZ, Rust, and the like was created by a 13-year-old teenager from Canada, Nelson Sexton. The light graphics make this game still successful in inviting 25,413 active players in the last 24 hours.

This battle royale game takes place in the future. To determine the best warrior against the Rovers, humanity holds a massive battle royale tournament. Unfortunately, the population of this game is tiny. There were only 12 people who played it on the last day when this article was written.

Another post-apocalyptic-themed free single-player game. But different from most game titles here, you are invited to explore a very tall tower created by past civilizations for a reason. Focusing on exploration and story elements, this game is indeed made to be played briefly. It will only take about 15 minutes.

Like the previous game, where your job is only to explore an empty city, interestingly, you are “armed” with a camera that allows you to take pictures of locations that you find interesting. You can also leave messages for other players so that the mystery about the city can be solved together.